Then and Now: The History of Air Conditioning

Who hasn’t sung the praises of air conditioning (AC) on a sweltering summer day? But who do we thank for this cooling convenience?

AC technology has greatly advanced to improve our overall comfort and health; let’s take a look at its history.

It started in Egypt

The basic concept behind AC is said to have started in Egypt. Ancient Egyptians would hang moistened reeds in their windows and as a result, the evaporation of water would cool the air.

Although this process is quite primitive compared to current technology, apparently it worked really well! 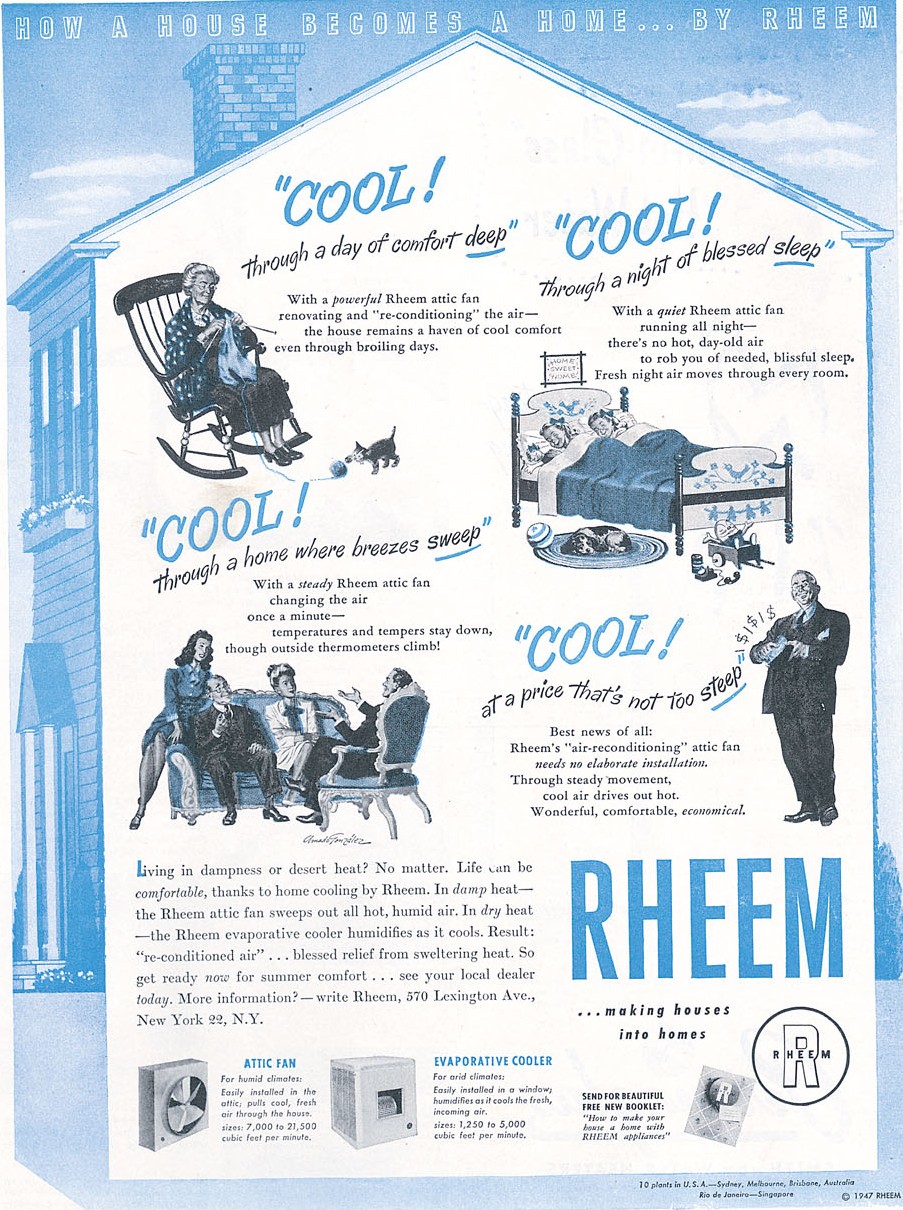 The first large-scale electrical AC was invented and used in 1902 by American inventor Willis Carrier, as a solution to keep muggy air in a printing plant from wrinkling magazine pages. Pretty cool, huh?

H.H. Schultz and J.Q. Sherman invented the first room AC in 1931. The unit sat on the ledge of a window, just as modern room ACs often do!

Realizing that AC would one day be a standard feature of private homes, particularly in regions with warmer climate, David St. Pierre DuBose designed a network of ductwork and vents for his home Meadowmont, North Carolina.

His home is believed to be one of the first private homes in North American equipped for central AC.

1970s: AC units made it into most North American homes

Post WWII, AC became something of a status symbol. Window units were a hot commodity, with over one million units sold in 1953. In the 1970s, central AC systems made their way into homes.

If you have questions about your AC, please don’t hesitate to contact your trusted HVAC professionals at Afterglow. Also, remember that your AC needs professional maintenance each season as well, so don’t forget to schedule your tune-up!